Due to the COVID-19 pandemic, the Bozeman Public Library is closed to the public. This is in effect Tuesday, March 17th until further notice. We are asking that you keep your checked out items at home. Our book drops will be closed. All due dates have been extended for 8 weeks. Please see our website for further updates. Thank you for your patience and stay healthy. Message from Susan Gregory, Library Director.

The Great Books & Classic Literature Discussion Group meets the third Saturday of each month (except December) from 10:15 AM - 12:00 PM in the 2nd floor Board Room. Reading selections focus on classic literature. 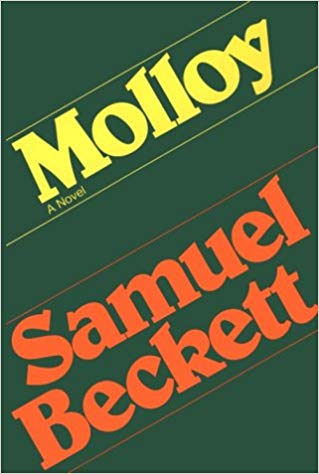 Written initially in French, later translated by the author into English, Molloy is the first book in Dublin-born Samuel Beckett's trilogy. It was published shortly after WWII and marked a new, mature writing style, which was to dominate the remainder of his working life. Molloy is less a novel than a set of two monologues narrated by Molloy and his pursuer, Moran.

In the first section, while consumed with the search of his mother, Molloy lost everything. Moran takes over in the second half, describing his hunt for Molloy. Within this simple outline, spoken in the first person, is a remarkable story, raising the questions of being and aloneness that marks so much of Beckett's work, but is richly comic as well. Beautifully written, it is one of the masterpieces of Irish literature.

May 16: Atonement by Ian McEwan

The Varieties of Religious Experience by William James

Half of a Yellow Sun by Chimamanda Adichie

Love in the Time of Cholera by Gabriel García Márquez

Play it As it Lays by Joan Didion

I, Claudius by Robert Graves

The Remains of the Day by Kazuo Ishiguro